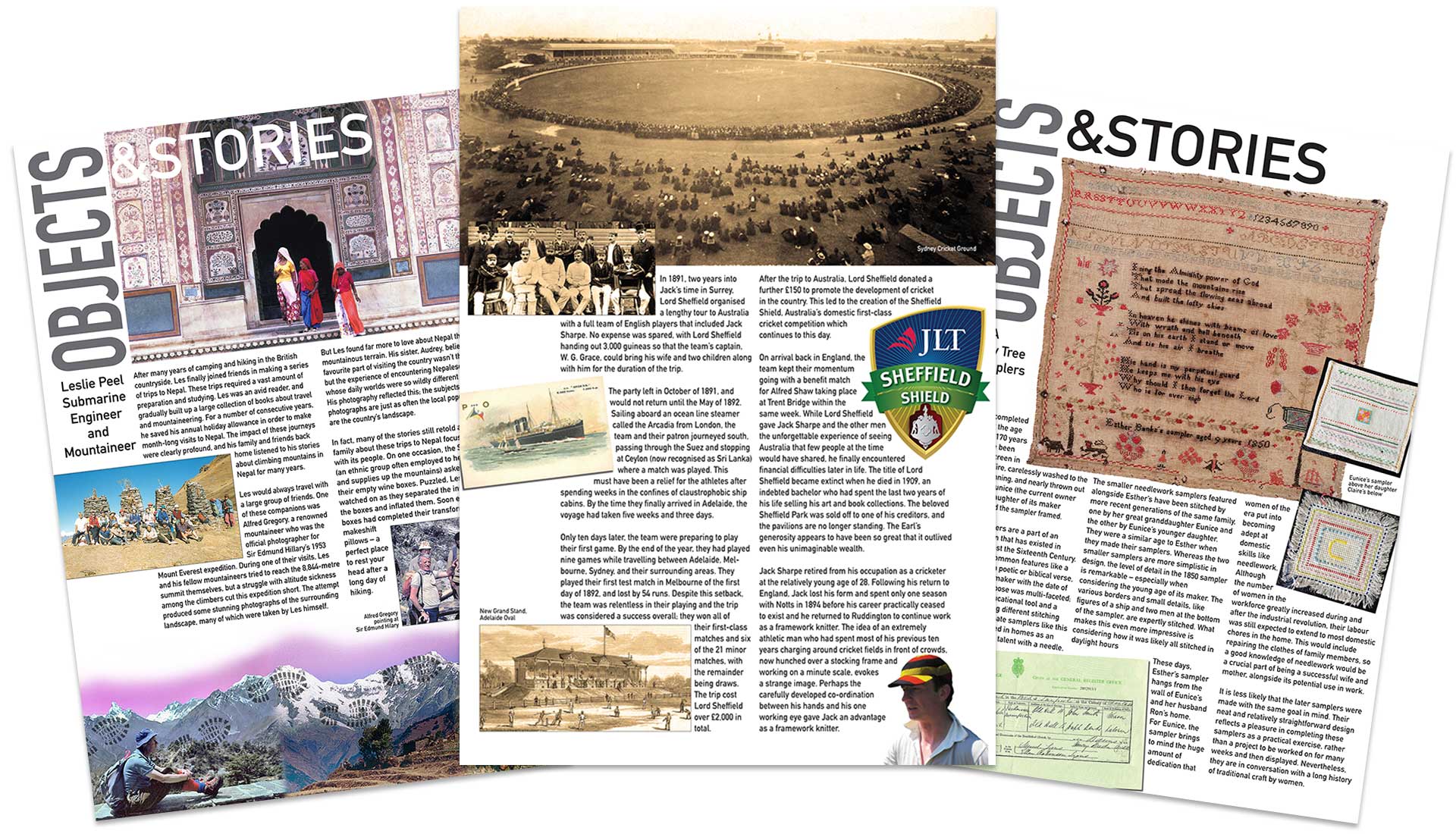 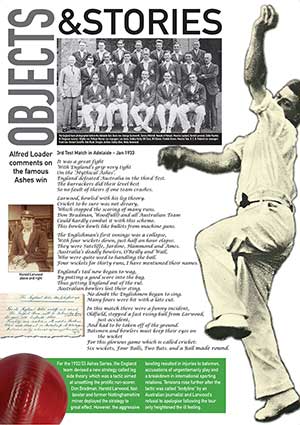 After 6 months of preparation, we are thrilled to share our Objects and Stories exhibition with the community.

The exhibition is being held in the Framework Knitters Museum Chapel in Ruddington, and has been curated by local volunteers with support from Nottingham Trent University staff and students.

We will be presenting a wonderful collection of objects from local residents, each of which has a fascinating story behind its existence. 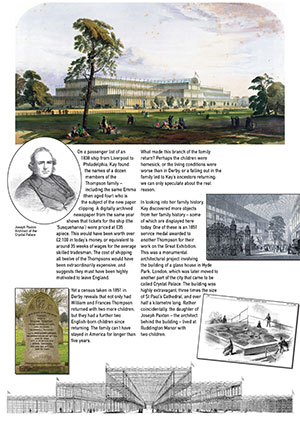 They include historical photographs and documents, strange souvenirs from across the world, vintage household items, and an object that seems to defy explanation.

Our objects have been kindly loaned by members of Ruddington’s community, and each will leave you with something to think about. Their unique stories span many events and locations – from mountaineering adventures to controversies in cricket history.

The exhibition is open Wednesday to Saturday 11am – 4.30pm at the Framework Knitters Museum Chapel, Chapel Street, Ruddington.

Bring your own significant object and share its story with us on 28 September, 11am – 2pm. It could be included in a future exhibition! 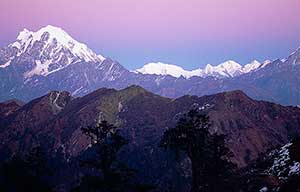 View the spectacular photographs taken by Les Peel during his life-altering climbing trips to Nepal and Mount Everest in the 1980s. Whenever Les was leaving for Nepal, his sister Audrey would bake things for Les to take, which needed to be small enough to wedge into whatever available space was left in the single rucksack that Les always took. Florentine biscuits were ideal. These would be handed out to anyone in need of some hearty sustenance. 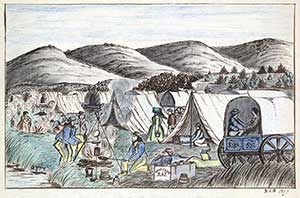 Follow the tortuous journey of a restless family from Derbyshire as they travel to the United States in 1838, and back only a few years later. As a child, Kay Steer was told many stories about her family’s history by her father, a gifted storyteller who was known to embellish a detail or two from time to time. One of these well-worn household fables was a sensational story about their ancestors packing up and leaving for America in the Nineteenth Century.

This handwritten book of poetry and pen drawings from the 1930s offers a glimpse into the life of its author, Albert Loader, an expat policeman living in Australia. This story becomes more poignant when considering the earlier events in Albert’s life. He was the husband of a nurse named Alice, a distant aunt of the scrapbook’s current owner Eunice. In the mid-1920s, the couple emigrated to Australia from Manchester. But within two years of moving, records show that Alice passed away at the age of 29, in the same year that she gave birth to their daughter Joyce. 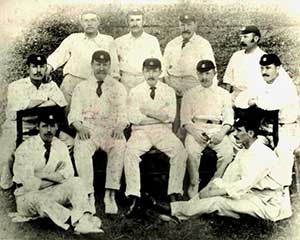 From framework knitter to professional cricketer – the life of Ruddington-born Jack Sharpe, who toured Australia with an ‘All England’ cricket team in 1892. Jack was blinded in one eye by a childhood firework accident, an injury you would expect to damage his skill as a cricket player. Incredibly, Jack was not only competent enough to play for professional teams, but even took on the nickname ‘Smash’ for his powerful swing as a batter. He was also a skilled bowler and therefore considered an excellent all-rounder. As if his prodigious cricketing talent enough, he also played one season as a professional footballer for Notts County.

A Family Tree of Samplers 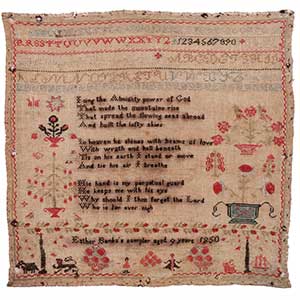 Examples of samplers worked by three generations of the same family, which provide an insight in the development of this needlework tradition. Esther Banks completed this sampler at the age of nine, almost 170 years ago. It has since been hung on a fire screen in front of an open fire, carelessly washed to the point of the thread’s dye running, and nearly thrown out altogether until Eunice (the current owner and great granddaughter of its maker) intervened and had the sampler framed. The smaller needlework samplers featured alongside Esther’s have been stitched by more recent generations of the same family, one by Eunice and another by her daughter when they were each a similar age to Esther. 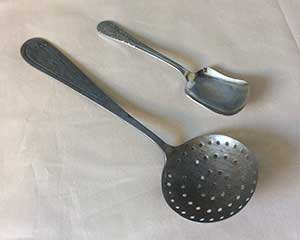 Married couple Ron and Eunice have each loaned a spoon – the purpose of one is commemorative and the other unknown, or long-forgotten. The larger spoon was passed down to Eunice by her mother, and hers before that. What makes the utensil so special is that no one seems to know its original purpose. Eunice’s husband, Ron, owns another unusual spoon. This was a prize for throwing a cricket ball further than anyone else in his school. It was awarded in 1953, the year of Queen Elizabeth II’s coronation - as referenced by an engraving on the spoon’s handle.. 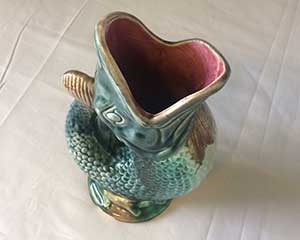 Mary Hoyle's glug glug jug sat on her grandmother's dresser, but it's significance to her and her siblings was more that the faintly disappointing glug glug noise it makes when it pours. Most glug glug jugs are decorated in a single colour, so this polychrome example is rare and particularly eye catching Mary, who grew up in Ruddington, remembers as a child that the glug glug jug always sat on the dresser in her Grandmother’s kitchen. When it was time to summons the grandchildren in for dinner, her Grandmother would fish around in the bottom of the jug, pull out a whistle and give an almighty blast on it.

The exhibition would not have been possible without the support of Nottingham Trent University, the Framework Knitters Museum and residents of Ruddington, all of whom have been incredibly generous with their time, skills and resources.