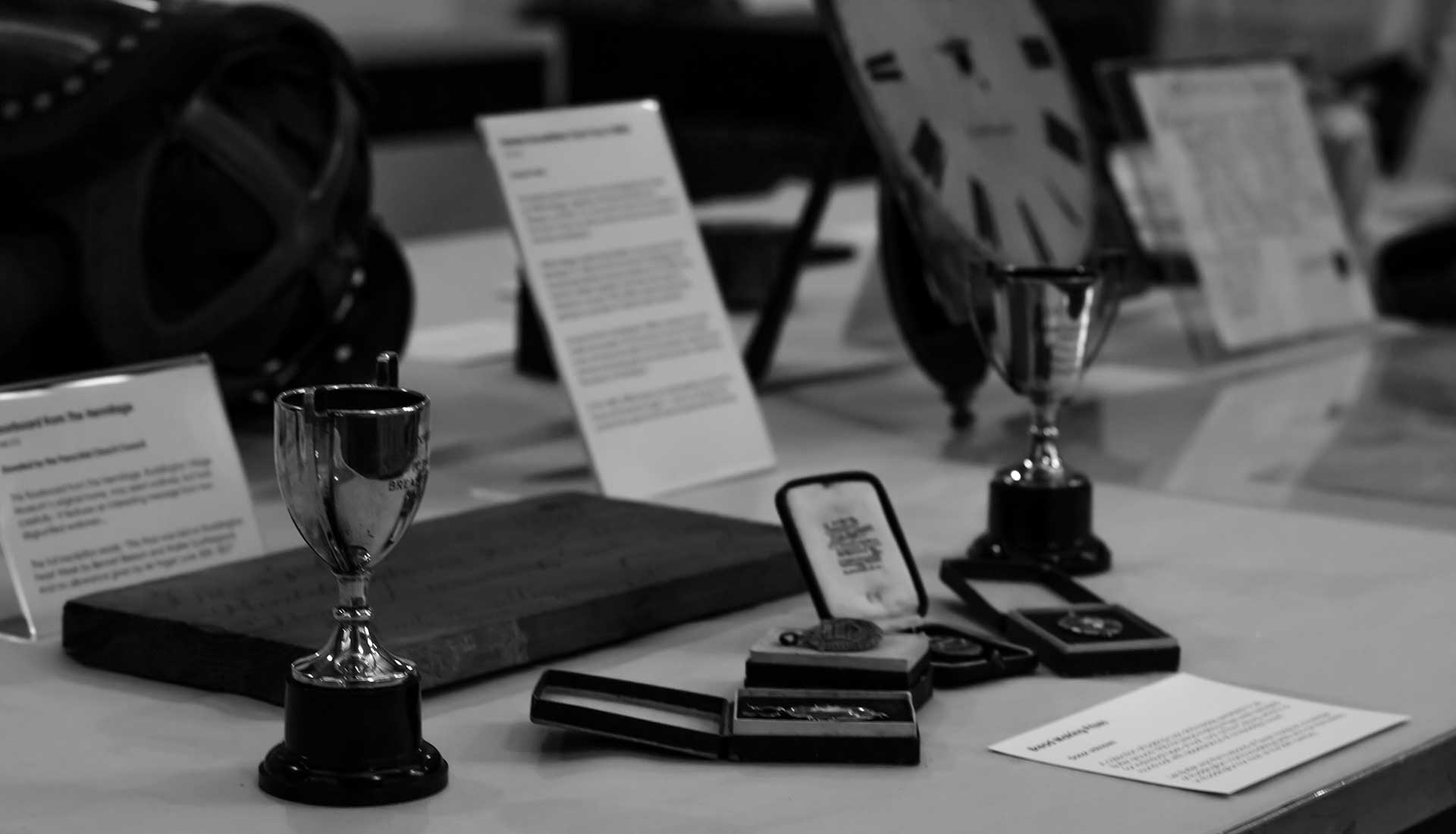 Artefacts as far as the eye can see

Ruddington Village Museum displays its collection through a series of themed areas, including the Fish and Chip Shop, the Cobblers, and the Schoolroom. But these aren’t the only things the museum owns – we have items from several periods of time, across Social History, Commercial History, Costumes and Textiles, and Archaeology.

For the first decade after opening, the museum accepted around 1,000 donated items every year. The flow has slowed somewhat since then (and we’ve been a bit more picky with what we keep), but we still own several thousand items, most of which is in storage or being looked after by other organisations off-site. Take a look below to get a taste of the kinds of things we look after.

Social history includes all the domestic and daily-use objects that large numbers of families would have had in their homes in any particular time period. These are the items that are most likely to be viewed to a chorus of ‘Granny used to have one of those!’

Our social history collection includes a wide range of domestic items. Small household objects, such as flatirons, kettles, and wireless radios, are often on display, as are larger pieces and furniture, such as tables, chairs, and clothes horses.

Our commercial collections are the reason most people visit Ruddington Village Museum. We have a large number of commercial displays, including the Ironmongers, Pharmacy, and much-loved Fish and Chip Shop, among others.
Take a wander through the displays, and imagine (or relive) the feeling of visiting each shop as they were in historic Ruddington. You can also get a hands-on feel of how things used to be – take a look at our Activities page to see what you could get up to.

There are some fascinating histories that go with each of our commercial displays – whether you choose to take our guided tour, or just explore our What’s On Display section of this website, there’s a lot to learn about the history of Ruddington.

We own several items of clothing, both daily wear and costumes, originating from around Nottinghamshire and across several centuries. Textiles can be very delicate, and need a lot of care and restoration work to keep them looking their best.

One of our most striking items from this section of the museum collection is a beautiful red wedding dress from 1776, which has been carefully restored and is currently being looked after by Nottingham City Museums. The dress is from the time of Sir Thomas Parkyns, 3rd Baronet of Bunny Park (Bunny being a tiny village just south of Ruddington – they didn’t just own lots of rabbits). The Parkyns family were local to Nottinghamshire, and were originally given their title in recognition of their service during the English Civil War. They were clearly very important to the local area – there’s still a road called Parkyns Street in Ruddington!

We also own a colourful cricket blazer originally owned and worn by Jack ‘Smack’ Sharpe. Born in Ruddington as John Sharpe in 1866, he was originally overlooked by Nottingham’s county team, and instead qualified for Surrey in the late 1880s. He was at one time thought to be the best hard-wicket bowler in England, and even toured Australia on a trip organised by Lord Sheffield.

Our archaeological collection is mostly made up of excavated finds from Flawford churchyard, which is where those who lived in Ruddington and the surrounding areas were buried until around 1787. Today, the churchyard is a very empty-looking place, as only six original slate headstones can be seen at the site, and people haven’t been buried there for centuries.

However, there is always more than meets the eye, and Flawford churchyard produced a large number of interesting artefacts when it was excavated between 1967 and 1984 by the Ruddington Local History Society.
The artefacts recovered from the churchyard that are part of our collection are currently on loan to the University of Nottingham Museum. 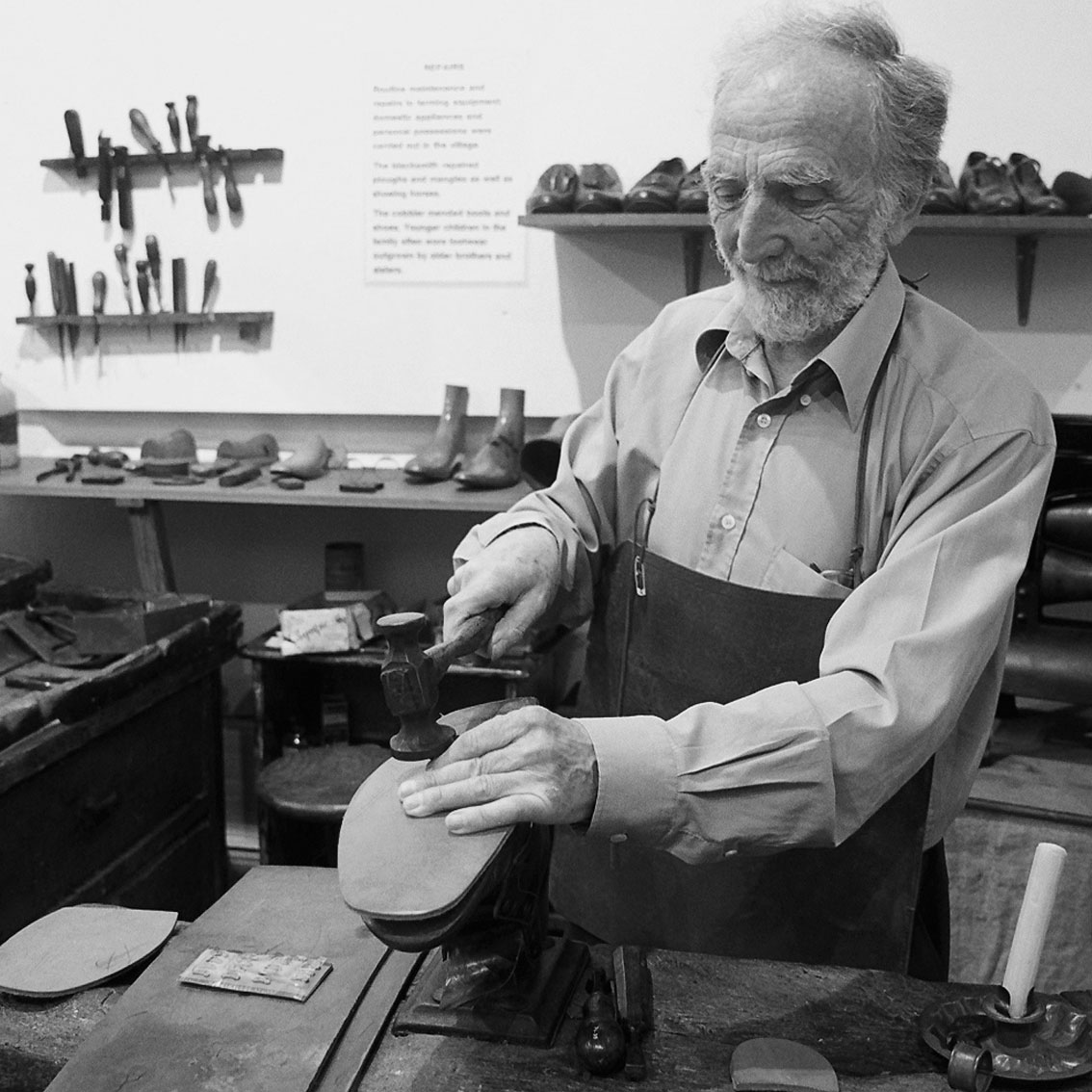 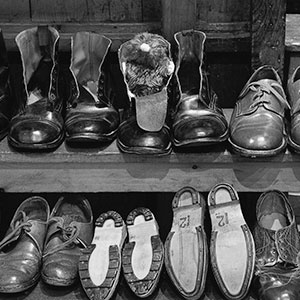 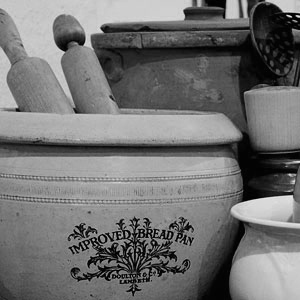